I never said I was fast. I really did intend to post updates more frequently, and I still do! It's been another crazy couple of months for me, but I'm still hard at work on v3 and still shooting for around the end of the year for releasing it.

I'll be pushing out a long overdue maintenance update for v2.x in a couple of weeks to fix some minor bugs and to upgrade the player view to play nicely with the iPhone X. There will probably be a few more of these between now and the release of v3.

The notch is controversial right now, but at least give it a shot before you make your final judgement on it. I went from #HideTheNotch to #EmbraceTheNotch after spending some time making Downcast's new player UI deal with it. My 7 Plus now feels old and boxed in.

Still looking to finish v3 right around the end of the year. Most of my time has been spent on the player UI recently. It's easily the most complex part of Downcast's UI. Now that it's taking advantage of size classes, I've been able to remove a ton of brittle code that was always terrifying to change.

A few screenshots of the improved player UI below. This is subject to change slightly, but this is essentially what v3's player UI will look like. The UI is universal now, so it will be more familiar on an iPad and, of course, support split screen completely...iPad screenshots coming soon. If you don't like the colors, don't worry, you'll be able to change them, but more on that later 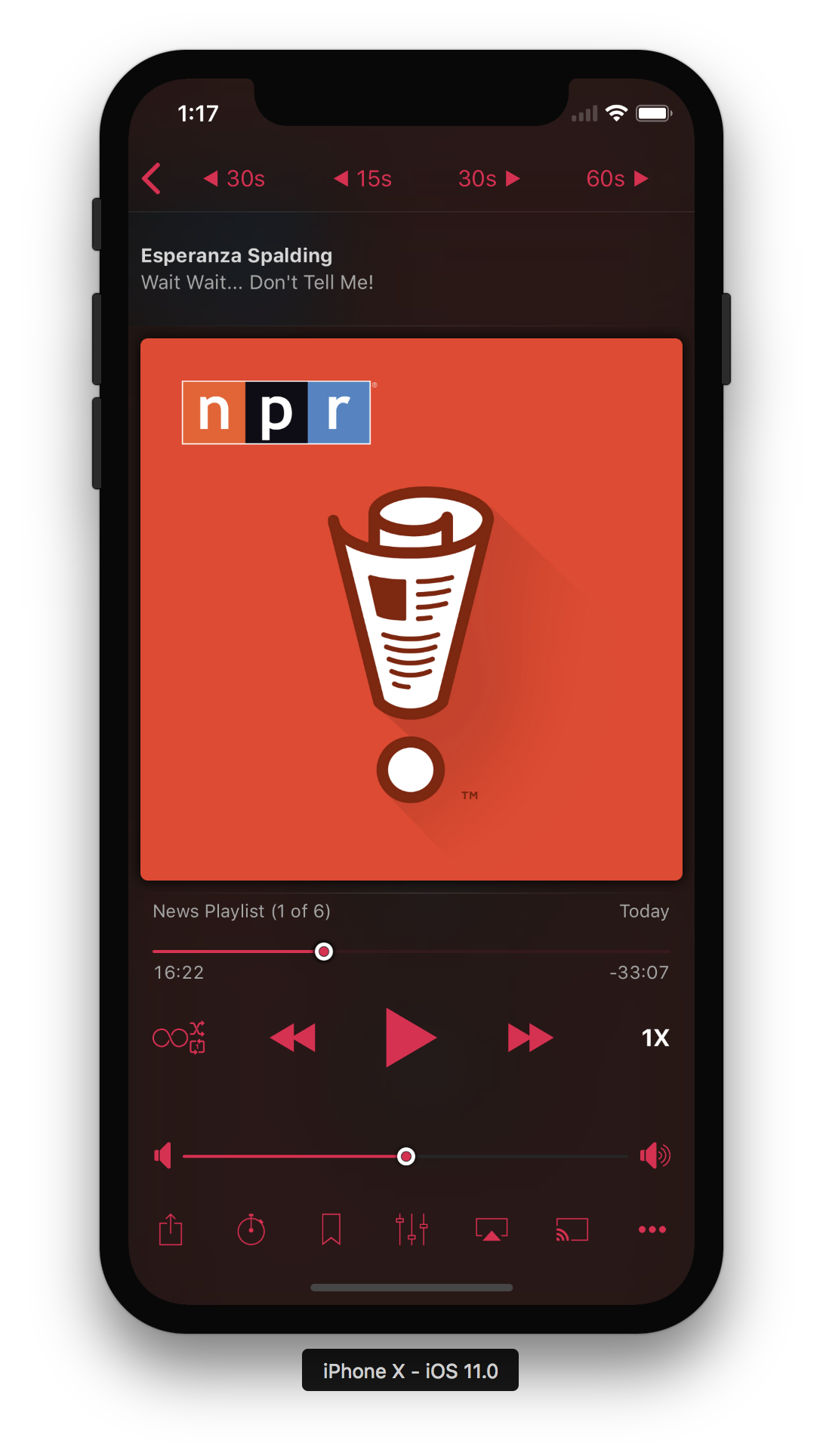 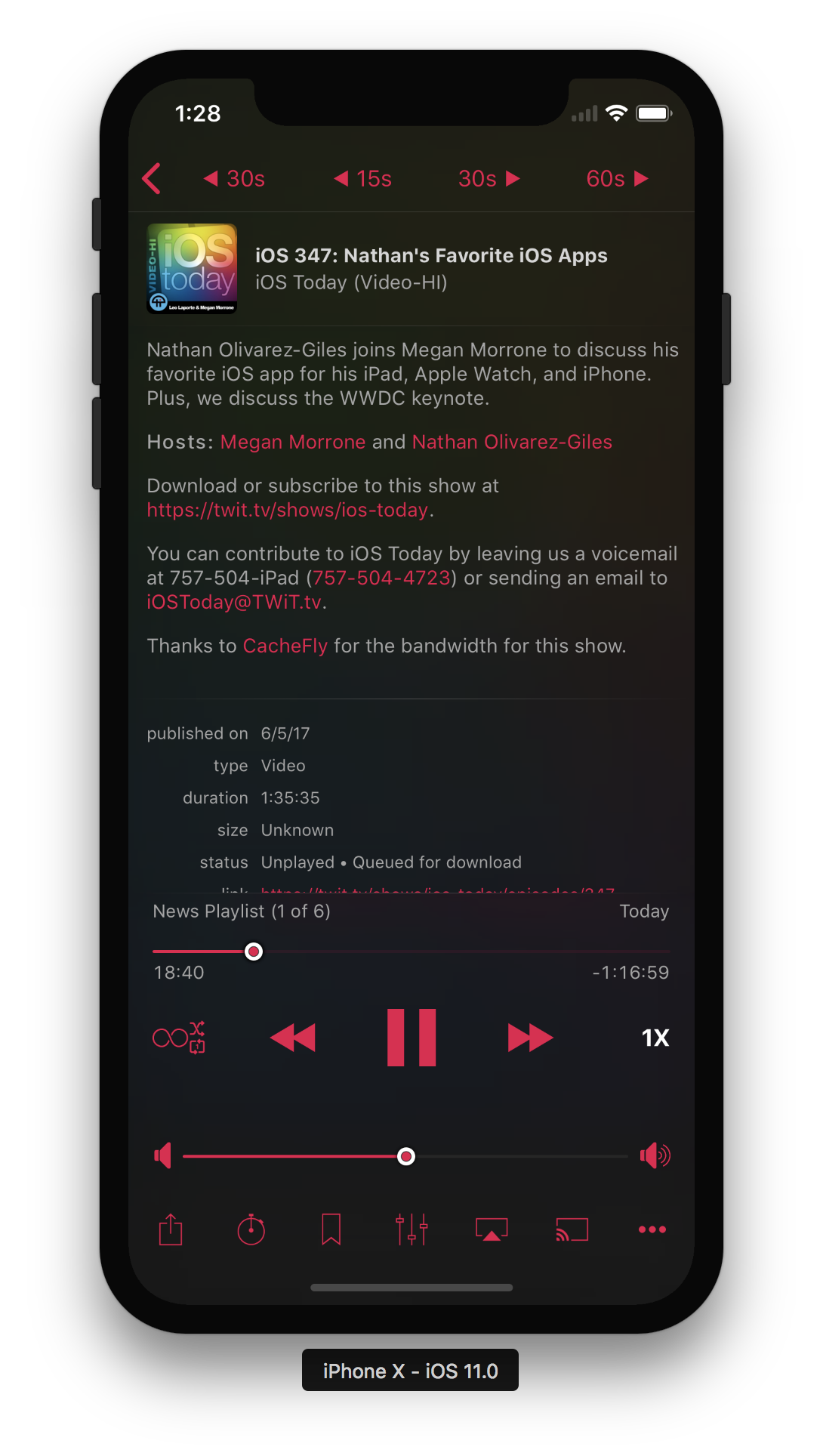 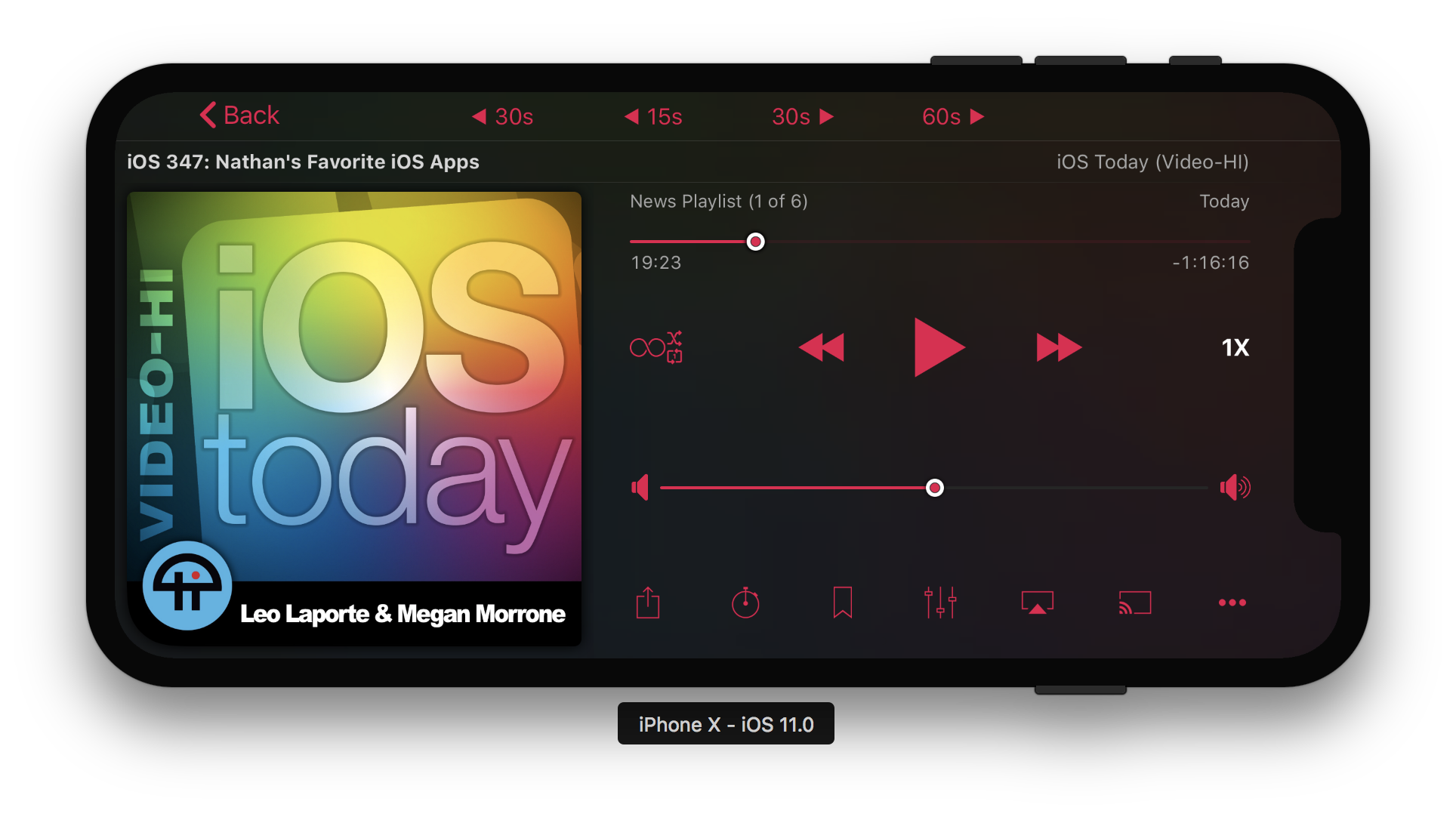 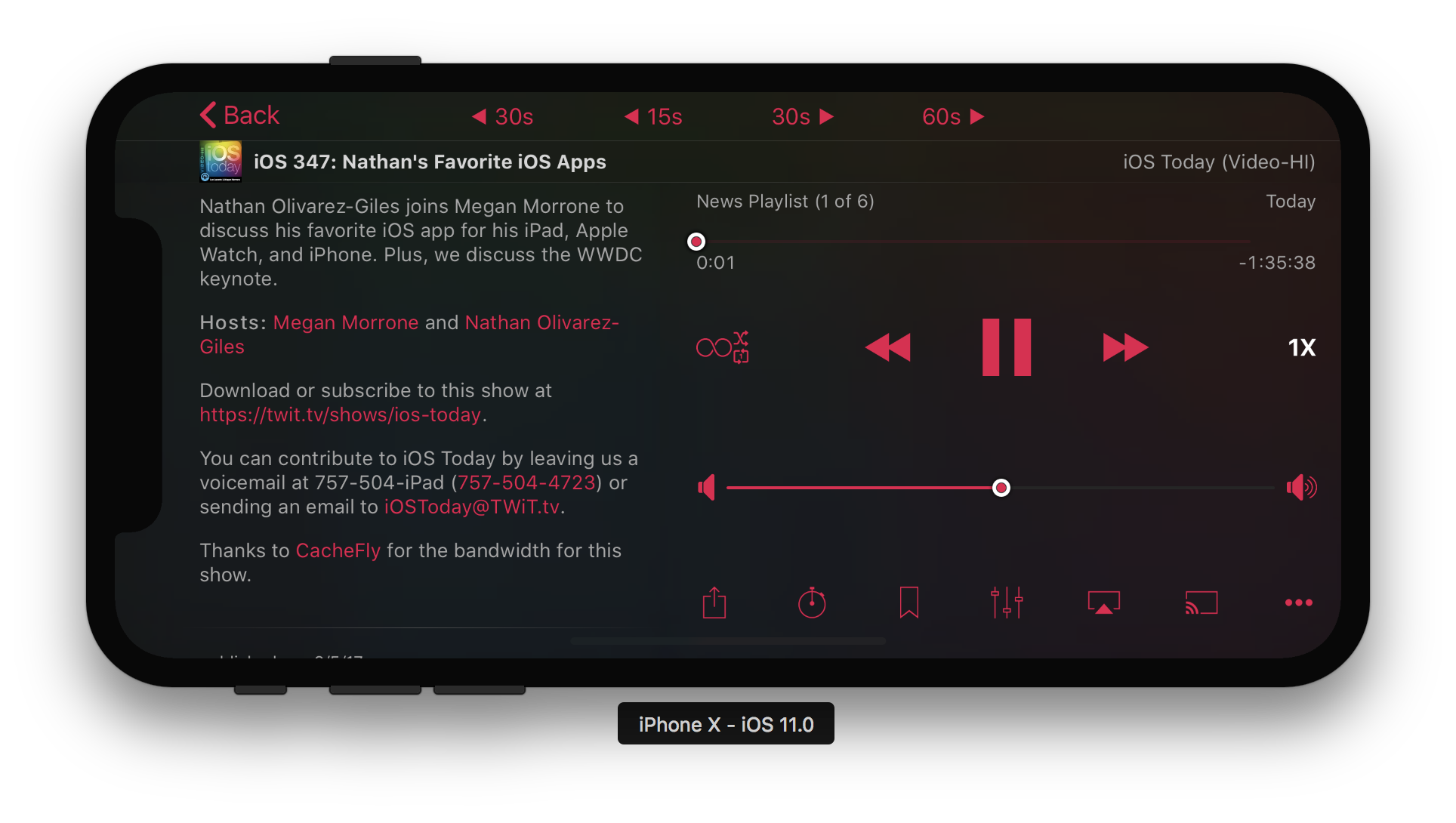